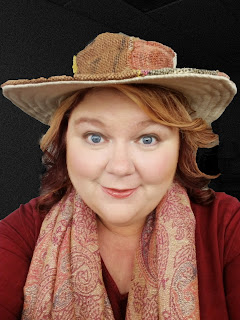 Kat Robinson is Arkansas’s food historian and most enthusiastic road warrior. The Little Rock-based travel writer is the host of the Emmy-nominaged documentary"Make Room For Pie; A Delicious Slice of The Natural State" and a committee member for the Arkansas Food Hall of Fame. The author of 101 Things To Eat in Arkansas Before You Die, 102 More Things to Eat in Arkansas Before You Die and Arkansas Food: The A to Z of Eating in The Natural State, Kat has also compiled the comprehensive travel guide for pie lovers, Another Slice of Arkansas Pie: A Guide to the Best Restaurants, Bakeries, Truck Stops and Food Trucks for Delectable Bites in The Natural State (2018). Her other books are Arkansas Pie: A Delicious Slice of the Natural State (2012), Classic Eateries of the Ozarks and Arkansas River Valley (2013), and Classic Eateries of the Arkansas Delta (2014). She is the Arkansas fellow and curator to the National Food and Beverage Foundation, a guest editor for the University of Arkansas publication Arkansauce: The Journal of Arkansas Foodways and the 2011 Arkansas Department of Parks and Tourism Henry Award winner for Media Support.

Her work has appeared in regional and national publications including Food Network, Forbes Travel Guide, Serious Eats, and AAA Magazines, among others. Her expertise in food research and Arkansas restaurants has been cited by Saveur, Eater, USA Today, The Wall Street Journal, the Southern Foodways Alliance's Gravy podcast

While she writes on food and travel subjects throughout the United States, she is best known for her ever-expanding knowledge of Arkansas food history and restaurant culture, all of which she explores on her 1200+ article website, TieDyeTravels.com.

Kat's journeys across Arkansas have earned her the title "road warrior," "traveling pie lady," and probably some minor epithets. Few have spent as much time exploring The Natural State, or researching its cuisine. "The Girl in the Hat" has been sighted in every one of Arkansas's 75 counties, oftentimes sliding behind a menu or peeking into a kitchen.

Additionally, Kat's other forays includes running the budding new publishing house Tonti Press, which features the works of Arkansas authors. Her new podcast, Kat Robinson's Arkansas, is in production awaiting the reopening of culinary tourism and road trips in response to the COVID-19 pandemic situation. She speaks before audiences of all sizes on the subjects of Arkansas, food, travel and plenty of other subjects (contact inquiries@tontipress.com for bookings).

Before jumping into the world of food and travel writing, Kat was a television producer at Little Rock CBS affiliate THV and Jonesboro ABC affiliate KAIT, as well as a radio producer and personality for KARN Newsradio.